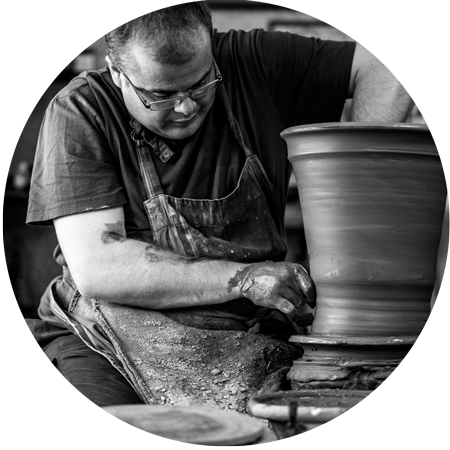 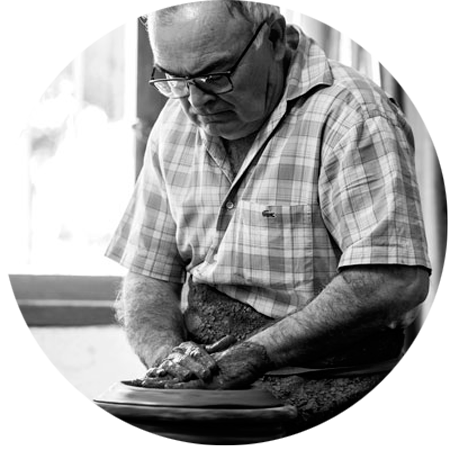 Ferran Segarra i Vives has been a potter in Miravet for 34 years. Now retired, he founded the Ceramiques Ferran, a family-run company that was taken over by Ferran, his old son. Miravet is a highly historical village of the Terres de l’Ebre, with a monumental Templar castle and famous for its “Raval de Canterers”, its Potter’s Borough, where families of potters still work today. Iberians, Romans and Moor have all left their art mark here. Ferran Segarra is actively involved in teaching his craft and in preserving traditional potteries of Miravet, such as faïence containers, jugs, oil-measuring pitchers, vases, popular catalan cooking terracotta dishes and oil jars.[/trx_column_item][trx_column_item]PYear after year, he gathered no less than 1000 antique ceramic items in his private museum located above the shop and opened to public upon request. The shop proposes a wide range of ceramics coming from everywhere in Spain; no doubt, you will find what you need there! Workshops and guided tours are also available. As he is fond of books, Ferran Segarra created a specialized library and participated in the writing of reference books on the potter profession: «Barro y fuego, alfarería aragonesa en basto» and «Del fuego al fuego, alfarería vidriada aragonesa». 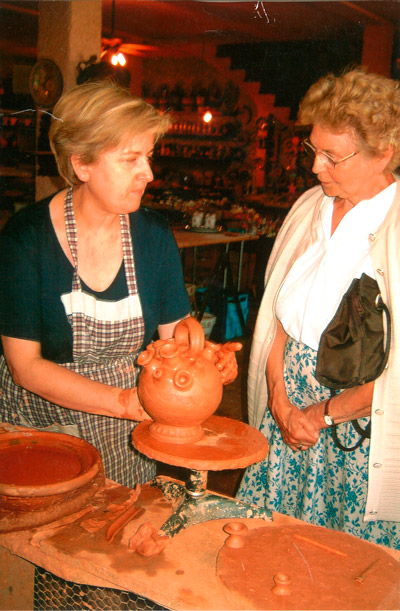 Traditionally, as was the case throughout the Mediterranean, Miravet pottery has been a family industry, in which the pieces are made individually, one by one; and men and women learned the trade from childhood, working year after year with family members of the most immediate previous generations, until their own experience allowed them to achieve mastery of the trade.

This traditional learning process continues today in Miravet, and the Segarra Pedrola Family keeps it alive, since 1978 in the workshop that Teresa Pedrola and Ferran Segarra created the Raval de los Canterers. A building that also includes a ceramic and pottery shop and store, a space dedicated to their work as antique dealers and, finally, the family museum-collection; all large.

In 1976, at the age of twenty-nine, Ferran settled in Miravet, where he spent seasons from a young age, and began in the pottery trade in his father-in-law’s workshop, until – a few years later – he created his own pottery, where he worked and bake the clay. An activity that he has never stopped and for which he has received numerous awards. In 2010, for its merits, the Government of Catalonia awarded him the Master Craftsman Diploma.[/trx_column_item][trx_column_item]In the 1970s and 1980s, pottery in Catalonia underwent a great change in terms of the typology of productions, which maintained ancient shapes and profiles. Times had changed and decorative utensils and vessels were imposed, influenced by tourism, and pieces for gardening, also increasing the production of pitchers and jugs, due to the demand of collectors, who basically were the specimens they collected.

Thus, some of the oldest typologies, those of storage and those destined for all kinds of preserves, were losing their old function, with the changes of uses and new technology, in the kitchen and the pantry. Ferran and Teresa were replacing or complementing them with new objects: bowls, coffee sets, plates, trays, tombatruites, dishes …